This weekend, I got to talk to an up and coming Boston rapper that goes by the name of Moody. The dark, but open lyrics can be streamed anywhere. Check Moody out on Instagram, Youtube, and Soundcloud!

Q: How did you get into music?

A: I started a band for middle School in 5th grade, but didn't really fall in love with music until I got my first guitar which was a little less than a year later.

Q: What inspired you to start making music solo?

A: Ive been in bands but it felt like either some people weren't as invested in it or everyone had their own idea of a sound. I kindve drifted from that and started doing solo music cause I had this vision in my head of what I wanted to do but couldn't really explain it to others so that's when I really started doing this solo

Q: What’s the process of making a song? Do you have any specific inspirations?

A: It really depends how I feel at that time, I like to switch up my approach so I can keep it as organic as possible but usually I like to write in the moment while I'm in the studio vibin to something

Q: Do you have an artist you like to listen to to really jumpstart the process?

A: The Doors always puts me in the mood to create. But in terms of artists relating to my genre wifisfuneral, Mac, and Earl sweatshirt I've learned so much from and have played a huge role in my ideas and process for creating

Q: The Doors are the best Do you have big plans with your music in 2019?

A: I definitely agree, but I'm really excited for 2019 I'm working on my first full length project plus booking as many shows as we can.

Q: Any shows coming up that are announced already?

I have one next Monday at the middle East that I'm headlining and I've been booked for a music festival June 7-9 in Lebanon Maine! 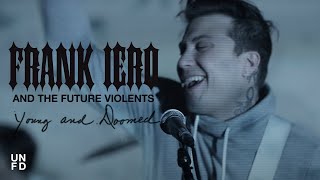